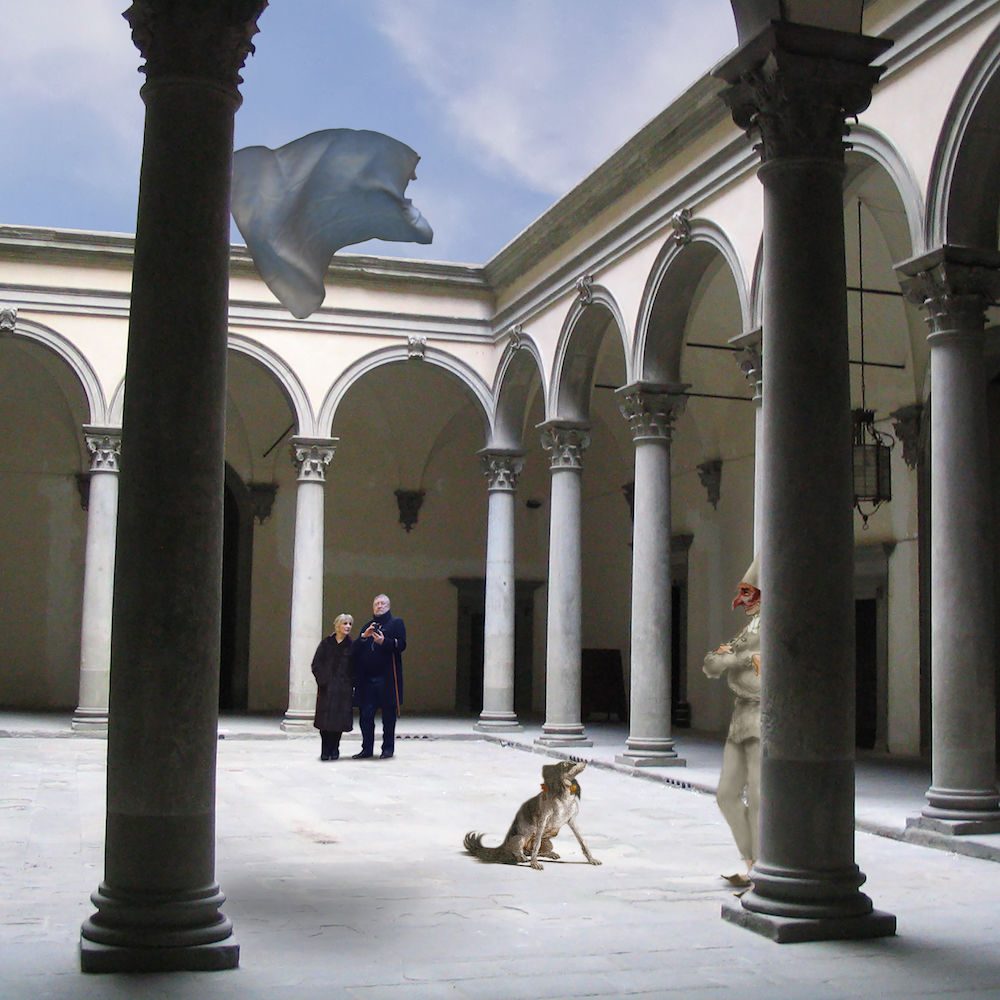 Alan Smith (b. 1941) worked extensively as a painter and teacher, exhibiting in Europe and America for a number of years. In 1991, shortly after his 50th birthday, the artist made a conscious decision to remove himself from the world of public art.

Now, after a life threatening illness, Smith found the need to return again to the language of art and has completed a new body of work: The New World prompted by Tiepolo’s Il Mondo Nuovo. The painting that inspired Smith was created in Venice in 1791 when The Venetian Republic of a thousand years found itself in its death throes.

“As I worked on this during 2016, I did feel a strong sense that Tiepolo’s “Il Mondo Nuovo”, held a remarkably similar dilemma to the one we now face in our own Brexit Britain.”

Using entirely new materials Smith built digital images that reference the spirit of many of his works made over the last fifty years. A selection of the earlier works is presented along The New World.